Up Front with Frank Rothstein (Live on Mondays at 5pm! Replay on Tuesdays 5pm) 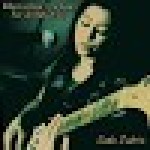 Here are the latest episodes from Up Front with Frank. When the show is live, check back here for the LIVE AUDIO FEED

Listen to ‘Up Front with Frank Rothstein’ on Spreaker.

Playlist of Up Front with Frank Rothstein Episodes on YouTube

How to take advantage of Apple’s new iPhone privacy features

Giant Chinese rocket’s debris could crash down in New York

Trillions of cicadas are about to emerge after 17 years underground

Giant Chinese rocket’s debris could crash down in New York

Disneyland’s Snow White ride attacked for ‘kiss without her consent’

Electric cars: What will happen to all the dead batteries?

How a Black Fireman Brought a Pole Into the Firehouse

Justin Bieber is being accused of cultural appropriation over his hair. Again.

Smokin’ hot models get cheeky with Bravest in Midtown

Women Dominated Beer Brewing Until They Were Accused of Being Witches

California bill would ban ‘boys’ and ‘girls’ departments in stores

‘Gone With the Wind,’ ‘Breakfast at Tiffany’s’ among TCM’s nearly 2 dozen ‘problematic’ films

‘It’s not fair’: Man photographed in Pelosi’s office during Capitol riot erupts at judge in court hearing call from jail

First-ever space hotel slated to be operational by 2027

6 Dr. Seuss books won’t be published anymore because they portray people in ‘hurtful and wrong’ ways

A New York Drugstore Nearly as Storied as the City Itself

George Carlin – political correctness is oppression pretending to be manners

Travel through Mexico on an all-you-can-drink tequila train

Nathan Lane Teases ‘The Birdcage’ Sequel: ‘This Idea Is So Good’

Bizarre ‘sea penis’ worm gets a rise out of social media

The Golden Age of Free Stuff Is Upon Us

CNN exclusive: A solar panel in space is collecting energy that could one day be beamed to anywhere on Earth

N.Y.’s Vaccine Websites Weren’t Working. He Built a New One for $50.

And Justice For All – Opening statements scene – FULL SPEECH

Mary Wilson, founding member of The Supremes, dies at 76

In time of Covid, more choosing to die at home rather than say farewell behind glass

In time of Covid, more choosing to die at home rather than say farewell behind glass

Trump’s ‘Art of the Comeback’ book surges in value

A 3D printed house is for sale in New York. Builders say it will cut housing construction costsThe Riverhead, New York, home i

Nuclear-powered rocket could get astronauts to Mars faster

Salma Hayek’s ‘Boobs’ are getting their own TV show

Christopher Street Triangle, Home To Village Cigars, To Be Sold

Wisconsin teachers suspended after asking students how they would ‘punish’ slaves

Regina King artfully captures lightning in a bottle in ‘One Night In Miami’.

Dustin Diamond, ‘Saved by the Bell’ Actor, Dies at 44

A Pandemic Is Hard Enough. For Some, Being Single Has Made It Harder.

150 Years Ago Brooklyn Renumbered All Its Streets. It Was a Disaster.

Subway’s tuna doesn’t actually have tuna in it, suit claims

Humans wouldn’t be able to control a superintelligent AI, according to a new study

They’ve Been Gone For 30 Years, But Now Automats Are Back With a High-Tech Twist

Kraft Launches Pink Mac and Cheese for Valentine’s Day That Tastes Like … Candy?

The Forgotten Women Who Hand-Painted the First Color Films

Coke with Coffee is (finally) here

New milestone for Sidney Poitier: Namesake of a film school

Trump creates ‘Office of the Former President’ in Florida

Coke with Coffee is (finally) here

Death of NYC’s most beloved restaurants puts landlords in danger

Biden moving forward with placing Harriet Tubman on the $20 bill

If You Think Keeping A Restaurant Open During A Pandemic Is Expensive, Just Try Closing One

New milestone for Sidney Poitier: Namesake of a film school

Big Super Bowl advertisers bow out amid struggle with tone

Makers of Sophia the robot plan mass rollout amid pandemic

World’s Saddest Trump Rally Draws Lone Protester: ‘Kind Of By Myself Out Here’

Got a package you didn’t order? It could be a scam

Godiva closing all its US chocolate shops as pandemic slumps sales

Opinion: Bernie Sanders inauguration memes are what this country needed

There will be no Trump china collection due to cost and time, source says

Trader Joe’s, Dollar General And Others Are Paying Workers To Get Vaccines

‘We all just got played’: Some QAnon followers lose hope as dreams of a bloody Inauguration coup fail to materialize

Oscar Mayer hiring team to drive its Wienermobile across the US

Man Found Living in Chicago Airport for 3 Months Due to ‘Fear of COVID’: Prosecutors

‘Cowboys For Trump’ Founder Arrested In D.C. After Vowing To Bring Guns To Inauguration

Trump to issue around 100 pardons and commutations Tuesday, sources say

3)    The Mavericks – In Another’s Arms (2013, In Time) SPOTIFY***
https://open.spotify.com/album/1ttLyFjPtZSZh9LqhHRnxR?highlight=spotify:track:5cWAuUiLVATwGDsTDb6Dyq

Manatee found with ‘TRUMP’ scrawled on its back in Florida

Cryptocurrency traders could ‘lose all their money,’ watchdog warns

Hey Proud Boys and MAGA “Patriots”… what the fuck is it that this country hasn’t given you?

Raven Goodwin Cast As Hattie McDaniel In ‘Behind The Smile’ Biopic

Rioters left feces, urine in hallways and offices during mobbing of US Capitol

MetroCards Will Be Officially Phased Out By 2023, Replaced By OMNY

Opinion | The Holocaust Stole My Youth. Covid-19 Is Stealing My Last Years.

Yes, your boss can fire you if you refuse to get a Covid vaccine

A John Prine Tribute Performance of “I Remember Everything” on “Peace Through Music: A Global Event for Social Justice”, celebrating the 75th Anniversary of the United Nations. Featuring: Nathaniel Rateliff, Shemekia Copeland, Keb Mo, and Jim James.

McDonald’s is selling a sandwich made of Spam topped with crushed Oreo cookies — and the internet asks, ‘Why?’When

MGM Is Exploring a Sale of Its Studio

US Supreme Court rules half of Oklahoma is Native American land

Python may soon be on the menu in Florida, pending safety review

Analysis: The restaurant apocalypse is here

‘I do not feel safe’: Kansas GOP mayor resigns after threats over backing mask mandate

Woman mortified to match with her brother on dating app

In a Global Chocolate War, It’s Hershey Against West Africa

Biden ‘will be removed one way or another,’ Alex Jones tells pro-Trump rally

Most expensive home in US up for auction at $160M — is it worth it?

After 51 years, the Zodiac Killer’s cipher has been solved by amateur code breakers

All That She Wants – Ace of Base cover – YouTube

3) John Lennon – Nobody Loves You When Your Down & Out

Nobody Loves You (When You’re Down And Out) – YouTube

Some States Balk After C.D.C. Asks for Personal Data of Those Vaccinated

Pfizer’s Covid-19 vaccine is safe and effective, even after one dose

UK mom cleared after having sex with boy, 14, reportedly plans to make OnlyFans

Half a Boy and Half a Man

Alexis Sharkey was reportedly ‘mentor’ at a possible pyramid scheme

Elizabeth Taylor’s Menorahs to be Auctioned Off After Hanukkah Display

California man tackles, punches 350 pound bear to save his dog

Aliens may have once lived miles beneath the surface of Mars

Dead man banned from his own funeral after arriving on chair

Microsoft patents new software that can detect when employees are lazy

Opinion: How Elvis Presley can help us with a Covid vaccine

Dow hits 30,000 on start of transition to Biden, prospect of Yellen as treasury secretary

NYC coddles the privileged, pain-in-ass anarchists who spit on cops

Those mini lawns at Pier 17 are transforming into adorable tiny cabins for winterThe Greens are officially coming back for winter.

Carrier pigeon message found 110 years after it was sent

Dog walks 62 miles for 2 weeks to get back home

Friendly’s files for bankruptcy and puts itself up for sale

You can rent out an entire AMC theater for $99

After 60 Years, Coca-Cola Is Calling it Quits on Tab

This season’s hottest purse is a rubber chicken ‘henbag’

2 thoughts on “Up Front with Frank Rothstein (Live on Mondays at 5pm! Replay on Tuesdays 5pm)”

Up Front with Frank Rothstein (Live on Mondays at 5pm! Replay on Tuesdays 5pm)